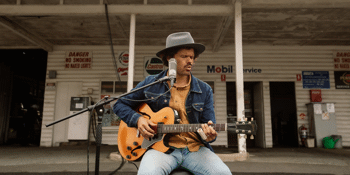 The Cambridge Hotel (Newcastle, NSW)
Wednesday, 14 October 2020 8:00 PM
12 days away
18 Plus
Acoustic
Send this event to
Lonely Lands Agency and Piper's Son present "An Evening With Ash Grunwald". A solo intimate sit down performance of Ash Grunwald telling stories spanning his twenty years as a musician, 9 studio albums, 3 live albums and hundreds of festival appearances. With a new record on the way which sees Ash collaborate with Josh Teskey from The Teskey Brothers and fresh off their debut live performance on the season finale of The Sound, the pair will release a classic blues album titled "Push The Blues Away" on November 13th via Ivy League Records.