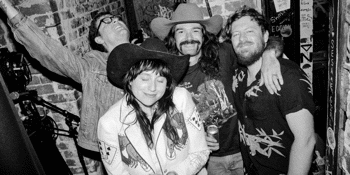 The Cambridge Hotel (Newcastle, NSW)
Thursday, 19 May 2022 7:00 pm
162 days away
18 Plus
Alt Country
Country
Rock
Send this event to
Sydney-based alt-country outfit Caitlin Harnett and The Pony Boys have had a big year after the release of their debut album "Late Night Essentials". The record was named Album of the Week on FBi Radio and 2SER, they played a sold out launch tour and were named Best Live Act in NSW at the National Live Music Awards. Now they're back for more. Caitlin Harnett and The Pony Boys will be hitting the road again in January 2022 playing 19 dates including Festival appearances and a run of shows up and down the East Coast. The tour will see them road-testing new songs for their upcoming album and playing crowd favourites from "Late Night Essentials". Get ready to dance, laugh, cry, hear the unfiltered Caitlin stories first-hand and experience the joy in the room at one of their gigs. Giddy Up!