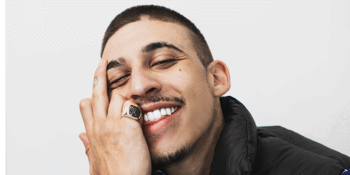 ChillinIt - One Night Only Tour

With Special Guests
The Cambridge Hotel (Newcastle, NSW)
Saturday, 19 February 2022 8:00 pm
73 days away
18 Plus
Rap
Australian Artists
Hip Hop
Send this event to
Australian rap phenomenon ChillinIt returns to the Australian stage with his One Night Only 2022 Tour.

The One Night Only tour goes back to where 2021’s The Octagon Tour was meant to start, before multiple upgrades due to demand. It will see ChillinIt return to smaller venues around the country for an intimate run of shows that will be strictly, as the name implies, one night only, giving fans the first chance to hear music from his upcoming third album ‘Family Ties’ performed live.

The tour announce comes alongside ChillinIt’s sentimental new single 'Susan's Son’, a bold homage to the people who have made ChillinIt who he is today, produced by ChillinIt's brother and DJ, Brock alongside Sydney producer Badrapper.

'Susan's Son' is a glimpse of the emotional growth that ChillinIt has undergone since his debut Women, Weed & Wordplay in 2018, and sets the tone for his aptly-titled album ‘Family Ties’ releasing this November. It proves to be his most personal and introspective record yet, giving even more insight into the people who have been crucial to ChillinIt's astronomical success; and in the darkest of times, his survival.

With one Gold album, two Double Platinum and six Gold singles under his belt, ChillinIt is one of Australia's most decorated artists. In the three years since his debut album, ChillinIt has morphed from an underground sensation to a household name, accumulating 216 million Spotify streams to date. In support of his sophomore chart-topping album ‘The Octagon’, ChillinIt sold 20,000 tickets to his live shows, marking the biggest Australian headline tour from any artist in 2021. Over in the UK, he is also the first and only Australian to appear on Charlie Sloth's famed Fire In The Booth series, also going viral on international tastemaker channels JDZmedia and SBTV.